Industry veterans come together to build a successful rental business. 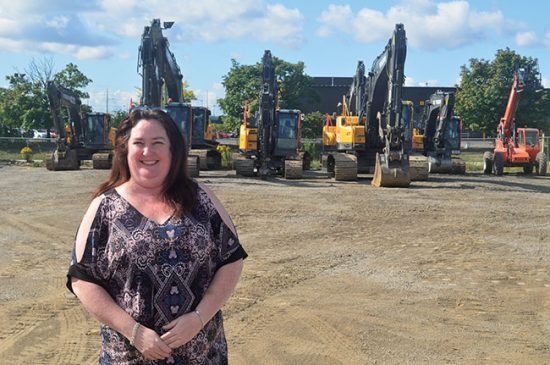 Trudy Baxter was Rapid Equipment Rental’s first addition to its team back in 2013. Fast-forward six years and the company now employs 108 staff across six locations in southern Ontario.

The equipment rental industry can be a tough business to break into in Canada. Some would argue that it’s near impossible to build a new rental company from the ground up in the already highly competitive markets, such as the Greater Toronto Area.

But one company has been defying those odds at an almost feverish pace. That company is Rapid Equipment Rental in Mississauga, Ont., which specializes in rental equipment for the construction sector. Five industry veterans founded the relatively new company in 2013, each with decades of experience. Those industry leaders – Steve Shinoff, Jule Elia, Joe D’Ovidio, Spiro Marinos and Frank Heller – opened up a new rental house in Mississauga with very limited startup cash. In only six years, they have grown the company to six locations in Mississauga, Hamilton, Ajax, Barrie, Brampton and Toronto.

What’s been the secret to the company success? One factor is the company’s vast experience in the industry. Each of the founding members is between 50 and 70 years of age, and most have decades of experience in rentals.

In addition to having strong senior leadership, Rapid Equipment Rental prides itself on having great people on staff.

“We’re only successful with their help,” says founding partner Joe D’Ovidio. “People make or break us.”

The company currently employs 108 people across its six locations.

“Customers know what they get when they pick up the phone. When I first came on to do sales they said, ‘Oh my God, I’ll finally have someone that will answer the phone.’ This is one thing I’ve tried to instill in my people. We are what makes the difference,” Elia says. “We make ourselves available and keep our phones on at night. We bring insight to their everyday experience, whether it’s helping them be faster or cleaner or more efficient. I think we bring a lot to the table.” 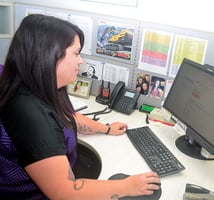 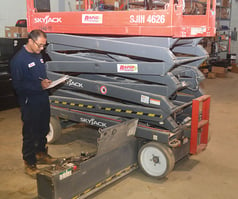 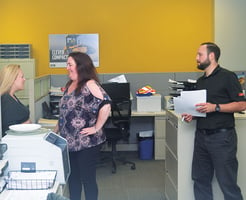 Some of the company’s staff left their previous positions at rental houses to come and work for the senior founders due to positive past experiences working with them. One of those employees is office manager and human resources manager Trudy Baxter, Rapid’s first addition to its team in 2013.

“We all knew each other before. They needed someone to help with invoicing, collections and day-to-day,” Baxter says, adding that the rental industry is very much a family affair for her. Baxter’s oldest son works at another rental store, while her youngest is an employee at Rapid. “Once you get into it, it seems to be a business where you might move around, but you don’t leave.”

She says her favourite thing about working there is helping the customers.

“I love solving problems and helping them get out of a bind, or to do that last-minute delivery,” she says.

Despite being able to find great staff, manpower is still a challenge for the rapidly growing company.

“Finding qualified people is tough,” Elia says. “Nobody goes to the university of rentals to become a rental specialist. People fall into it.”

“I don’t think any of us anticipated the growth so rapidly, but we’ve been able to make it work,” adds Baxter. “Staffing and retaining people is what makes us stand out as an employer.”

Baxter says she regularly looks at available benefits options to make sure they offer competitive plans to employees. She also makes sure the culture at Rapid is another vital part of how the company retains its best and brightest.

“We work together. We problem solve together. I think it’s important to show that we value everyone’s opinions,” she says. “We might not go with that opinion, but they know they can bring us something of value.”

The power of sales

Of Rapid’s 108 staff members, there are 14 full-time salespeople who are considered vital to the company’s success.

“I’m a big believer that salesmen are the lifeblood of your company – especially in rental, if you can keep your people,” Elia says. “The first year I did all the outside sales with Steve [Shinoff]. We took on our first salesperson in 2014.”

“We’ve been successful because we’re partnered with some of the biggest suppliers – Volvo CE, Case, JLG,” adds D’Ovidio. “We came back to the people that helped us build the last company, to build this one.”

Despite Rapid’s already impressive expansion to six locations over six years, the company has shown no signs of slowing down its growth throughout southern Ontario.

“We see ourselves travelling west to Kitchener, London, Woodstock and finally to the border in Windsor,” Elia says.

The founders of Rapid Equipment Rentals created a company mandate for ensuring the success of the company. That mandate is, “Providing our customers/partners with care, quality and a distinct level of comfort with the knowledge that Rapid will always try to exceed their level of expectation; and encourage and empower our employees to make educated and entrepreneurial decisions on behalf of Rapid that will enhance and strengthen the relationship with our customers.”

“We want to become a regional player as an independent,” D’Ovidio says. “We want to be known as a good rental house. We just want to offer good customer service, new equipment and a good rate.”

As for the older founding partners, none of them have any interest in packing things up anytime soon. Just ask Elia.

“I’d like to be here until I can at least bring the company to $50 million in sales,” she says.

With Rapid’s promise in its company mandate of “Great service, great equipment at great prices,” and the speed at which this company is expanding, one can certainly believe that Elia’s milestone will be met sooner rather than later.